Year 2009 was when the USA took a hard Left turn

Everyone who did not vote for Obama knew he was a socialist. Millions others who voted for him would never had done so if they thought he was. In under a year the USA does not look or sound like the country it used to be before this Chicago politician and his cronies got themselves cocooned in the White House. Obama has managed to find the most radical of radicals that America had to offer, and given them the mandates which are dreams come true to these social engineering freaks.

It is one thing to wish that everyone was happy and that poverty was eradicated like many dreaded diseases have been that used to plague mankind. But, how can a sane person believe that by eliminating poverty, those same ex-poor  can be forced to feel happiness?   Is there justice in forcing people, who work harder and better or are more intelligent than others and hence have better capacity for higher paying jobs, to pay more taxes so their wealth can be distributed to those who are less fortunate. Here's a saying from my grandma, (bad translation from the original dialect:) "If all five fingers on our hand were of equal length, we would not have a firm grip."

I read this article and it makes me wonder how grown men like Sunstein, Holdren and Obama himself, men who are so highly educated in the best of learning institutions on earth, can still be so full of dreams of the wrong kind. An Utopian complex is forgiveable in the very young and inexperienced but to encounter such delusions in people who are supposed to be the intellectual stalwarts in the new administration of the greatest country on earth ? I don't get it..... I don't get it at all. 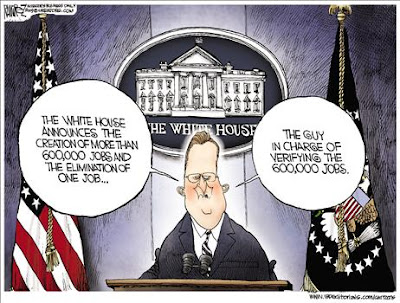