The benevolence of McGuinty with taxpayers' money

is simply dumbfounding. Before the end of his present role, he is making sure his resume for the next one will say: "Spear-headed the building of a modern transit system for the Capital of Canada".

It's an early Christmas for Ottawa residents.
Premier Dalton McGuinty is in the capital today to announce that the province will provide $600 million to the city to fund its light rail transit system. The announcement was made this morning at the RA Centre. 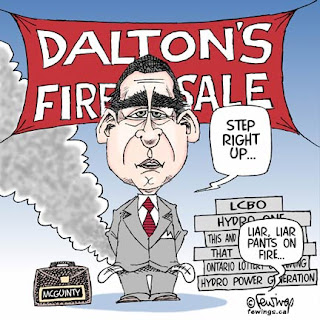