I applaud France's stand on this issue. There's a lot I could say on this topic, however, I will hold my tongue and just quote: "When the going gets tough, the tough get going" and leave it at that.

Jean-Francois Cope laid out his plans for new legislation in a newspaper article, which appeared just as three ministers were to testify before a parliamentary panel set up to consider whether to ban the full veil.

"The issue is not how many women wear the burqa," Cope wrote in the Paris newspaper Le Figaro.

"There are principles at stake: extremists are putting the republic to the test by promoting a practice that they know is contrary to the basic principles of our country," he said.

The new legislation will be enacted after a period of consultation with Muslim communities in France "so that this measure is understood for what it is: a law of liberation and not a ban", he wrote...... 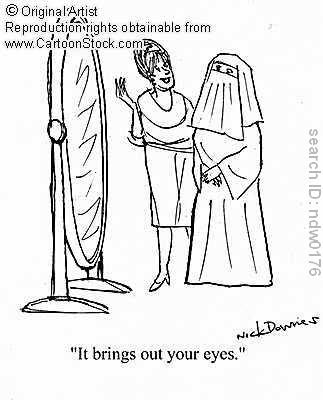