UK's PM given the cold shoulder by soldiers

Injured soldiers being treated at a Birmingham hospital, closed the curtains around their beds when Gordon Brown paid a visit to the hospital. Their snubbing of Brown should be an indication of what they think of the apologists and supporters of  terrorists like their numbskull MP Galloway who is a great friend of  Hamas and also of the NDP party of Canada. Here are some remarks from the soldiers:


“At the time the Ministry of Defence were trying to sue wounded British soldiers to cut their compensation. It was so wrong. It doesn’t give the guys any faith in the government, it doesn’t make us feel like they support us or look after us."

“I feel that even if someone is a moron, he should have the opportunity to defend his moronity. [His response] all seemed rather textbook and not from the heart."

“It was a pretty sour thing, we feel a lot of bitterness towards Gordon Brown. The guys read the papers, it is obvious to them that he doesn’t care."

“The straight fact is this: we don’t like the man, he has done nothing for us and continues to kick us in the teeth over equipment and compensation.” 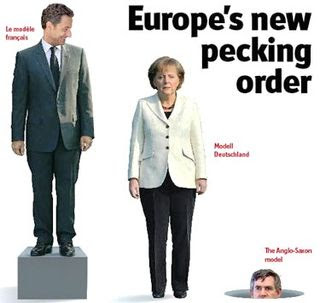