Leonardo da Vinci, Jack of all Trades and Master of all Trades too. He was a scientist, mathematician, engineer, inventor, anatomist, painter, sculptor, architect, botanist, musician, writer and who knows what else. He was born in Florence and was the illigitimate son of a notary. Some historians say that his mother was a slave brought in from one of the middle east countries. Da Vinci was also the model for the bronze statue of "David in the Bargello". Some attribute this work to Verrocchio and some to Donatello. I personally think it was Verrocchio as Da Vinci had a secret homosexual relationship with Verrocchio. See his other works here.

Of course, his most famous painting is the Mona Lisa. I have seen it and I was not impressed. It just goes to show you the power of advertisement and nothing else. Almost every other painting, and even his engineering drawings are more impressive than the Mona Lisa. Visitors to the Louvre make a bee-line to the Mona Lisa room only to come away disappointed and hungry to look at other works. That's my opinion anyway. And her smile.. I have seen snouty smirks that look better than her smile. Maybe, art critics tend to hold it in such high esteem because Da Vinci took close to two years to complete it. His drawings and notes on the study of embryos are beautifully done but hardly ever talked about. 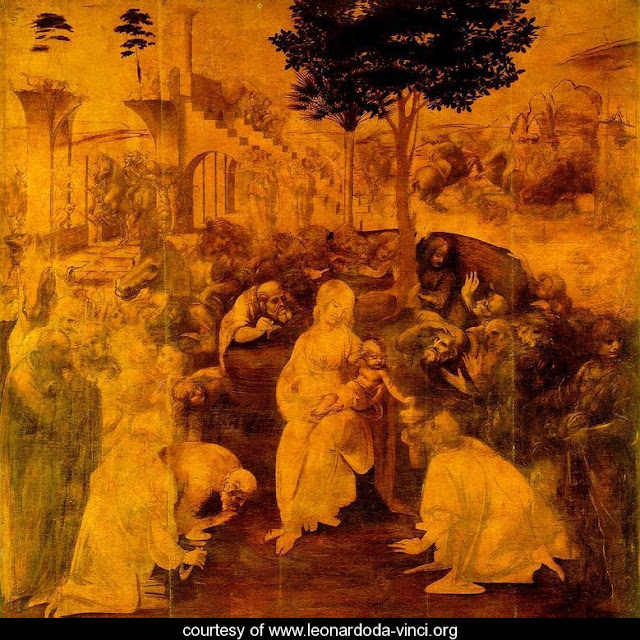