Politics .... what a totally ugly game in every way

Approx. 150 days ago, three young Americans, naively foolish to hike on the borders of Iran, were arrested and jailed. The three travellers had Syrian and Iraqi tourist visas and while admiring the scenic views from an area they presumed to be Iraq  they inadvertently seem to have crossed a few meters into Iranian territory.

Iran has announced today that the three Americans will be put on trial and that their actions had "suspicious intentions" and that they entered the country to carry out acts of espionage.

Secretary of State, Hillary Clinton has appealed to the Iranian regime to free the three travellers and said the charges against the three are "totally unfounded". Middle East journalists think that an exchange of prisoners might have even been suggested by the USA and Tehran has declined.

This cat and mouse game is afoot today of all days because Congress is supposed to be taking a vote tomorrow on the Iranian Refined Petroleum Sanctions Act.   Politics, the dirtiest game on earth, no doubt about it. 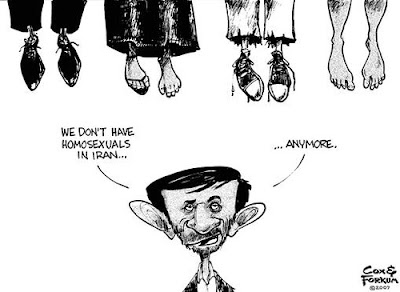