What if the WH gatecrashers had murder on their minds?

The "what if" question is too horrible to contemplate. It has been two weeks since the party and Obama's admin has still not divulged how the Salahis skipped through the check-points manned by hundreds of highly experienced individuals making up the core of the President's security detail. What are the chances that the President himself okayed their ingress, possibly just a few hours before the event, and now it will be all covered up, just like they have been covering up all their dirty messes.

Given Obama's easy and exuberant personality and knowing that he has been a close friend of the couple, it is not a stretch of the imagination to conclude that, that's what happened. This is possibly a colossal mistake made by the President himself for which blameless personnel will have to take the fall. Even if he wants to come clean and admit he was responsible for the Salahis presence, he will be advised not to. And, at this stage it is too late for him to admit it. Oh... what a tangled web we weave when first we start to deceive.

From now on, the Salahis will be holding an ace up their sleeves. They know how it happened and who made it possible and they will know when and how to play it. It has also come to light that :


Tareq Salahi served on the board of the American Task Force for Palestine, where Columbia University professor Rashid Khalidi served as vice president…Khalidi is a harsh critic of Israel. He has made statements supportive of Palestinian terror and reportedly has worked on behalf of the Palestine Liberation Organization while it was involved in anti-Western terrorism and was labeled by the State Department as a terror group.

Obama's turnaround on the war front and on many other issues has likely made him an object of hatred,  not only with muslims but also with the hard Left in his own country. The US Prez is still suffering under the mistaken delusion that everybody, including terrorists and their supporters, love him to pieces. Actually, many would want to blow him to pieces, that's what they are trained to do. This lapse in the security around the Prez should be taken as a colossal failure, because the consequences if things had gone wrong, would mean a civil war in America and thus a complete unravelling of the world as we know it.

What is the White House Covering Up? 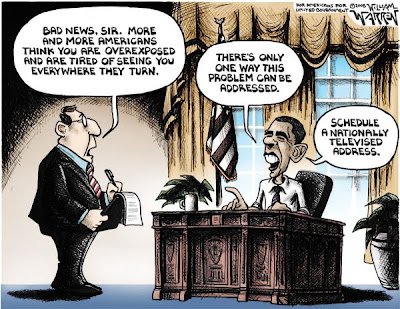