My response to the commenter Where's Waldo, at my earlier posting got so very long, that I decided to make it into a posting. So, here's my reply to Where's Waldo.


Waldo, you said: "Once again you have demonstrated that you obviously don't read (or perhaps read, but do not understand) many documents, articles, or books that accurately describe macroeconomics or geopolitics, let alone anything other than ExxonMobil advertisements on environmental issues".


I know my limitations and will freely admit that some things just fly over my head and crash against the wall behind me. However, I also know that I graduated with honors from the University of Common Sense, and that no other medium of learning can come anywhere close to the UCS. Also, all of us cannot be profs of AnythingButCommonSensology.


Waldo, you said: "If you and Scary, think population reduction through voluntarily reducing birth rates is such a horrible thing for the environment or the global macroeconomic situation should look at the current global economy. Who has the most important and fastest growing economy (but not yet the largest economy) in the world today? Think about it for a while....China. What has China had in place for the past generation? .... think a little harder....A one child policy - that has been more or less effective, if heavy handed. (Hut hey, Harper soundly criticized them on their human rights policies... hmmm - pot, kettle, get to know one another)Has the one child policy ruined their economy? Nope. It can actually be argued that this policy has driven significant improvements in their standard of living and enhanced the growth of their economy.Given the environmental and pollution disaster that China is experiencing today, what do you really think they would be experiencing if they had another 300-400 million people that had to house, clothe, and feed themselves?"


Oh Waldo, Waldo.... we can get real mucky and sticky if we discuss China and their communist ways. It's true that their economy is booming and as a Communist regime they are much more flexible than Communist Russia ever was. How come, you as a leftist is commending their capitalistic ways? They are capitalistic to the core, every last Chinese man, woman and child have become capitalistic and that is a thing of wonder coming from a concept like Communism. However, for every one Chinese doing well on the "middle class" ladder, there are 5 or more of their fellow man languishing in utter poverty. China has been wrongly given an "aura" of a role model of what a country can achieve if the govt is strict with the populace and lays down hard and fast rules for human behaviour.

The real story is far, far, far from the truth. China's govt. will never let even 10% of the real misery happening to the poor in China, to slip out. What you see and hear about China is what China wants you to see and hear ... and I think you know that. You also admit that their "one child policy" was heavy handed but effective. I believe this policy was adopted in 1978 or thereabouts. Female baby infanticide in China, until recently, was such a common occurence that nobody, and I mean NOBODY, gave a damn about the probably 1000s of baby girls killed at childbirth on a DAILY basis because of the "one child" policy. Parents would willingly have their female babies killed at birth and keep trying until they gave birth to a boy.... but I didn't need to tell you that too. The Chinese, like the Indians... prefer sons .. that is also not news to you...but people like you will still bypass the inhumane aspects of Communism and blow up to unrealistic proportions the minuscule areas of the minimalistic good that a Communist regime achieves while in power. The gendercide that was the norm in China for decades has now come back to bite them as young Chinese men now face difficulty in finding female mates.

And, Scary has responded to you with:"Check back in 20 years when the pampered only children of China reach their most productive years. You'll see euthanasia of the highest order to stem the economic decline.
The fact is, you are not taking into account the lag that happens of about 30 to 40 years. We had a baby boom in the 50's. Our best years economically were the 80's and 90's. Once they begin retiring (next 20 years) we will have serious problems.
If you want proof, look at Japan. Decades of population stasis leads to economic stagnation. It's kind of funny that all Progressives seem to want is a halt to progress.


"Waldo, you said "In the end, we live in a finite world. Based on available data and as demonstrated by the ongoig manmade catastrophes and, likely the climate change induced, natural catastrophes we are currently seeing everywhere around us, it is quite obvious that we are exceeding the carrying capacity of the planet to sustain the current population, let alone a growing population that wants to consume and pollute like people in developed economies do.I would postulate that the only possible reasons why someone would want to continue on the current destructive path of unlimited population growth is that they are ignorant, believe in the Rapture coming within their lifetimes, or they are selfish asses. Which of these three groups would you align yourself with?"

Waldo, your talking points above, I don't know why, but they reminded me of something I had read on Roger Walsh. I admit I agree with some of his thinking, but not his views on AGW. If you are a believer, and I surmise you are very faithful, given that you got your thongs all twisted because of my posting, there is nothing that anyone says, leave alone moi with a poor vocabulary, who can change your mind about AGW or the over-population issue.


You said "Also, would this comment have been treated any different by you (or other people with similarly narrow views of the world) if it was made by a male journalist? God/Allah/Vishnu/Buddha/Mother Nature/etc... forbid that the comment might have been made by a politician or, even worse, a scientist well versed in the topic of climate impacts from consumption.


"Waldo, the whole point of my posting was to imply that personal freedoms of women, like how many children we want to conceive or not, should be left to us, and not imposed on us. If the feminist groups who advocate Pro-Choice are all about women's freedom to choose then it is a never-ending mystery to me how they seal their lips with the most effective glue, (glue which is still not on the market but available solely to those raving feminist groups) when suggestions like "one child per female" crap is brandished about. Do you get my point? As a woman, I would hope that our status will never come to be that of  the fictional women in "The Handmaid's Tale".


Waldo, in a later comment you said: "I believe that people around the world need to have a thorough understanding of the facts about population, wealth, health, the environment, and the economy to make a decision about their family structure. Without education and open minds able to assimilate the information we have at hand, we are doomed or at least in for some very difficult times."


I agree a lot with this last comment. The key words are in the first sentence itself. It has to be left to the individual to decide and no one else should think they have the power to decide on behalf of the individual.

We need to eradicate illiteracy more than anything else. The people of the earth who need education the most, the proper kind of education, are the billion+ muslims on this planet. I would love to see how the "1 child per female" policy would work in muslim households. Would you or anyone of your ilk be willing to explain the "one child" policy to a typical muslim family?

Any takers out there who are willing to do this? How about you Ms Diane Francis? Wanna go and tell the muslims they should abide by the "one child per female" policy you are advocating? No... I thought not.

It's so "easy to put tongue to roof of mouth"  (bad translation) as my grandma used to say. Many of us, thankfully, have our feet firmly planted and are not flying around with unicorns and magicians. 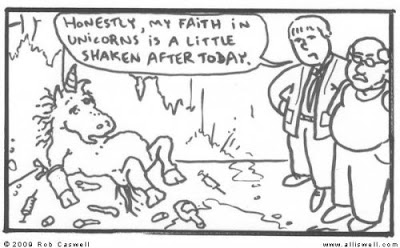