TSA = a failed operation from get go 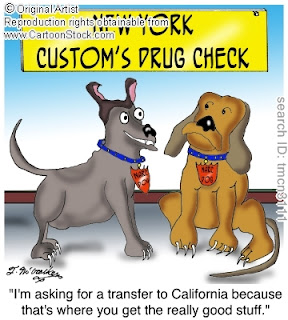 There must be many more of these facilators at countless other airports.
Multiple airport screeners have been arrested for allegedly taking handsome bribes to look the other way while loads of illegal drugs slipped through security at Los Angeles International Airport, federal officials announced today.

Two current and two former officials at the Transportation Security Administration were arrested in the last 48 hours in connection with at least five incidents from February 2011 to July 2011 in which on duty screeners took payments of up to $2,400 to allow suitcases filled with drugs to pass unimpeded through X-ray machines at LAX, U.S. Attorney Andre Birotte Jr.'s office said in a statement.

According to Birotte's office, the scheme was uncovered after a member of the alleged conspiracy accidentally went through the wrong security line and was busted by TSA screeners who were not in on the plot. In another case, a TSA screener unknowingly arranged with a confidential source for the Drug Enforcement Administration to receive $1,200 for a shipment of methamphetamine to pass through security.....