News from our fast changing world

1) Here we have our hero, the guy who dreams of seceding from the curse of the EU, Daniel Hannan who tells us from a link within his blog how one of the EU's laws known as the Europen Arrest Warrant (EAW) works on arrests made of citizens of the UK by authorities in Greece. Read the chilling case of Andrew Symeou, British citizen arrested in Greece and languishing there without a trial for 3 years on, and Symeou's arrest is, according to Hannan, a case of mistaken identity.

2) Sheffield’s Meadowhall shopping centre – one of Europe’s biggest – has blocked a performance of a classic Christmas song because it claims it must be “impartial on religion”.

3) UBS dress codes Swiss banking giant UBS has issued its staff with a 44-page dress code, covering everything from the colour and size of suits to dietary tips and the length of toenails.Staff are also advised on appropriate underwear and hair dyes. 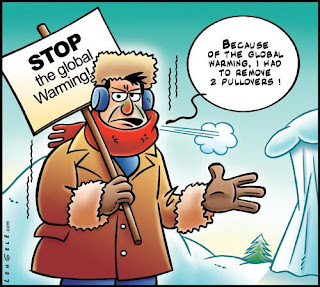 4) It's a fact !! All this extreme cold weather we have been experiencing... it's because of global warming. Yes, it is, IT IS !

5) More here from on AGW from one of the kings dedicated to exposing this scam.... James Delingpole. No matter what the Left throws at us, we will always have stalwarts on our side to turn their weapons into boomerangs.

6) Christians in Nigeria mourn their dead after the blasted moslems killed them when they were praying inside their churches. Just like Sudan will split into North and South, I am predicting here today, that Nigeria will also have to split itself and have a Christian Nigeria for Christians and a barbaric one for the cavemen. Moslems just cannot live with anybody else.... fact of life. Only the baboons ruling over us in the Government don't see this crystal clear fact and it is left to us the people to spell it out to them.

7) Why are European countries forcibly returning Christian refugees back to Iraq where they are persecuted and killed? Sweden is open to moslems... but not to Christians? Shame on them.

8) Globe&Mail on The Ivory Coast dilemma. Nobody is stressing about the rigging of the election where a moslem man and a moslem party seem to have won the election. You are given to think that the election was fair and square and that the present ruling party should step down. The pressure is on from the entire world and when the present party steps down.... Ivory Coast will become a fully islamic nation and take my word for it.... there will be death and destruction of Christians there in very short order, and Ivory Coast will become another stronghold for Al Qaeda... a strategic one.
Posted by MariaS at 11:54