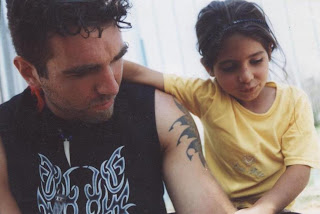 Canadian leftists are in love with murderous palestinians. Canadian leftist scum + palestinian scum = sewage dumps. Sad thing is, Vittorio Arrigoni was a human rights activist and was totally blinded by the taqiyyah that the palestinians excel at like nobody else. He was all for them, but the scum that they are, to them he was just an infidel ... that's all. This is the same man who published various articles accusing Israel of all sort of criminal negligence in the Gaza war. He was a firm friend of the palestinians and ultimately paid the price for keeping poisonous snakes around him.
...A Jihadist group in the Gaza Strip aligned with al Qaeda threatened on Thursday to execute an abducted Italian it is holding within hours, unless Hamas Islamists release the group`s leader.

A You Tube clip the group posted on Thursday said the man they were holding, Vittorio Arrigoni, would be killed on Friday at 5 p.m. local time (1400 GMT) unless Hamas releases Hesham al-Sa`eedni, whom it detained last month.

Arrigoni, an Italian pacifist and blogger, has lived in the Gaza Strip for some time. He was shown blindfolded with blood around his right eye and a hand can be seen pulling his head up by his hair to face the camera......

Their "demands" were not met,  so they did what terrorists do, they kill the helpless, the vulnerable and the innocent ......

Security officials found the body of an Italian man who had been abducted in the Gaza Strip in an abandoned house on Friday, a Hamas security official said....
Posted by MariaS at 22:32