only the self hating Jews, and they are in plenty, believe otherwise. Amazing how you get either very intelligent or extremely stupid in the Jewish race. There's no in-between. It truly is a phenomena, this delusional effect with the Jews and I wish someone would write a case history on why 80% of American Jews who are Democratic voters are more stupid than most muslims. It would be a fascinating read. 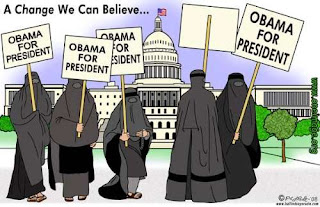 President Obama has now blackmailed the government of Israel into submitting its defense forces to the toxic oversight of the United Nations. Today U.N. Secretary-General Ban Ki-moon created, with Israel's approval, a UN investigation of last June's flotilla incident in which Turkish-backed extremists sought to shatter Israel's lawful naval blockade of Hamas-run Gaza.

Despite the fact that Israel has already launched an inquiry with international participants, the Obama administration insists that the Israel Defense Forces, and the Israeli legal and political establishment governing their actions, must be subject to UN supervision. U.S. Ambassador to the U.N. Susan Rice welcomed Ban's announcement.....