McMaster University, Libel Tourism and Al-Qaeda's new Ops. chief ... what do they have in common?

All have ties to McMaster University and thus to Canada. Oh sweet Canada..... are we losing you?

Some months ago I had posted a news item about Canada's courts going after an American investigative journalist for stating that the McMaster University in Toronto had Al-Qaeda terrorists. 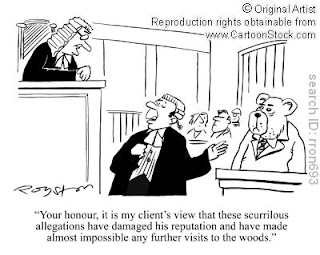 Williams visited McMaster University in May, 2006 to verify accounts by Janice Kephardt of the 9/11 Commission, journalists Bill Gertz and Scott Wheeler of “The Washington Times,” former federal prosecutor John Loftus, and others, that the liberal Canadian university had harbored leading al Qaeda operatives, including Adnan el-Shukrijumah, Jaber A. Elbaneh, Abderraouf Jdey, and Amer el-Maati.

Last week  we heard that Adnan el-Shukrijumah was  now the ops.chief of Al-Qaeda.   So.... is the University and the Canadian courts going after an investigative journalist for telling the truth?  Oh Canadistan .... where did you go astray?  How many more terrorists were/are still walking the halls  at McMaster now?   Only time will tell.   Trying to gag people who expose these dangerous elements will not work anymore.

US federal agencies Saturday, Aug. 7, announced the hunt was on again for Adnan Al Shukrijumah, 35, who lived in the US for 15 years and may now be Al Qaeda's mew global operations chief. debkafile's counter terror sources confirm the wanted man is indeed dangerous - but not because of his climb up the al Qaeda ladder but owing to the unique task first assigned him seven years ago to carry out a radiological bombing attack in America.
This task was first revealed by DEBKA-Net-Weekly 132, the Nov. 17, 2003, whose sources reported that already then, in October of that year, Shukriumah was the quarry of a secret manhunt in the US and Canada. He was employed at the time as a nuclear engineering student at MacMaster University's nuclear 5-megawatt research reactor in Hamilton, Ontario, Canada before suddenly disappearing......

More here on Shukrijumah.   He is a POS alright ! 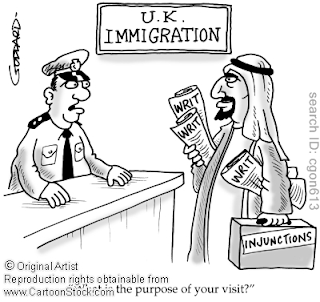 It's precisely because of such libel tourism suits brought forth by organizations like McMaster University in Canada and other organizations in the islamic UK that the USA has passed a Libel Tourism Bill so Americans cannot be stripped of their American Constitutional rights when they are travelling away from the USA and giving interviews to journalists in countries that do not have the laws that an US citizen enjoys.

This article is from  late last year:
Paul Williams has lived in Pennsylvania all his life. Yet with pretrial proceedings that begin today, Canadian libel laws now threaten to ruin him financially.

Williams is a National Book Award-winning writer whose 2006 éxposé, "The Dunces of Doomsday," revealed potential terrorist threats to the United States emanating from McMaster University in Ontario, Canada. Although the book was published only in the U.S., he's being sued for libel in Canada by the university, which is demanding an apology and $2 million in damages.......
Posted by MariaS at 14:04