Vote Rob Ford for Mayor of Toronto .... any other choice will make Toronto into another Detroit

If you want to see what Detroit looks like without leaving Toronto, vote for one of the other guys, and you will get your wish sooner than you think. 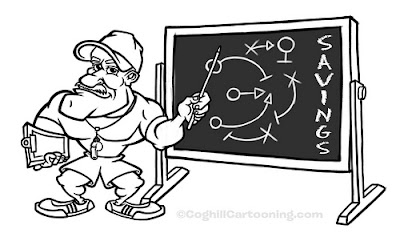 You won't  believe how much space and verbiage The Star, I call it "The Skunk" because it truly is the stinkiest thing in Toronto, has given to smear Rob Ford. Two whole writers, no less,  have delved into the far reaches of some decayed brain matter still lingering in those lefty skulls of theirs and spewed out thousands of words to paint Rob Ford as a bully of kids in a football team. I laughed heartily to read the supposedly "rough behaviour" of Rob Ford when he was a volunteer football coach at a school in Toronto, way back some 10 years ago. The two silly little skunks base their entire piece on hearsay. Yup, hearsay,  innuendo, rumors and gossip and everything dirty to smear the man who is now way ahead of the other candidates in the mayoral race and that has left the entitlement seekers in Toronto hopping and skipping painfully because their panties and thongs have twisted into knots which are heading upwards to meet the decaying matter in their brains. Sweet !!

However, in the midst of their failed attempt to smear Ford, the stupid, silly little skunks at The Skunk disclose, unwittingly,  more positive aspects of Rob Ford's character, thus:

Ford, who runs a philanthropic foundation that funds youth football in Toronto schools, is viewed by many school officials as a generous supporter of high school athletics across the city including Newtonbrook, Danforth Tech., Sir Sanford Fleming, Forest Hill Collegiate, Lester B. Pearson and C. W. Jefferies. Ford “had shown lots of good will and was really generous,” said the TDSB’s Spence .

So there you have it dear Torontonians.  Add some more bullets to Rob Ford's resume:

Now, why did some pesky little snipes from one of the football teams tell the little skunks from The Skunk that  he is a bully and worse?
Simple:  Ford often benches players who miss practice.

The  Star aka The Skunk fails again.  And to the writers of the smear piece "Thank You for giving us the additional positive info on our next Mayor."
Posted by MariaS at 14:12