California is now a full  member of the death cult that has gripped America in a deadly vice. In California it's the extreme green activists doing the dirty, in Detriot and elsewhere, it's the Unions. In Canada, we have to be thankful that we have a Conservative govt in place during these trying times. I shudder to think where we would have been today if the coalition conspiracy had become a reality. Brrrrrrrrrrrrrrrr 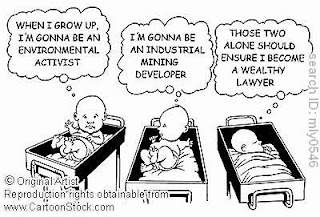 If California is truly a public policy bellwether for the nation, America's economy is in even greater peril than we realized. Last month California regulators released proposed regulations under Gov. Arnold Schwarzenegger's Green Chemistry Initiative (GCI), a plan for a comprehensive statewide chemical monitoring system. The rules doom the initiative to failure: They will raise the costs of consumer goods and create an environment poisonous to business and job growth while doing nothing to protect Californians.

In theory, the concept of green chemistry--the goal of which is to ensure the use of the safest possible chemicals in industrial and commercial production--could be beneficial. Indeed, the GCI was developed in order to avoid costly and overly broad chemical bans that could burden industry and create chaos in the marketplace......
Posted by MariaS at 10:35