is like heaven..... like heaven, I tell you.  All you have to do is get on the city's payroll and you got it made. 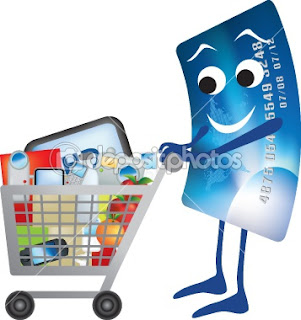 City staff members who hold city-issued credit cards “spend like drunken sailors,” said Councillor Rob Ford (Etobicoke North). Mr. Ford failed this week at City Council to win a vote and get a list of the staff who have the cards, first issued in 2005.


How much do city staff members spend using their cards and won't produce receipts? Nothing much .... only $9 Million ... nothing much when it's just pulled out like non-aching teeth from those stupid taxpayers.

Councillor Kyle Rae (Toronto Centre Rosedale) is the councillor who championed for the doing away of the fourth lane on a busy thoroughfare between Bloor and Queens Street near Jarvis so it could give more space to a cyclists' path. Forget the 30,000 or so drivers that use that road, who cares if they are late to work or late getting home. Most of them are probably not from Rosedale anyway, but the cyclists are and it's their votes that count. The rest of Toronto can go to Timbaktu as far as Kyle Rae is concerned.  How much did the transformation cost?  Nothing much... only $6 Million .... it's chicken feed for Rae because it is not his money.

Vote Rob Ford .... is the loudest voice amongst the city councillors to cut the mindless spending going on in those halls.

Here's an interview a Toronto blogger had with Ford   after the smears and what-not coming from The Toronto Skunk aka The Toronto Star. The Left will not stop smearing Ford. Most of the MSM is in their pockets but this time round the bloggers hold the fort....... AND WE WILL WIN.

If you happen to be a Torontonian, empower yourself by helping to get Rob Ford elected as mayor of Toronto.  Canada needs good, decent, non-Communist leaning people in high places.   All you need to do is inform other  Torontonians you happen to know about Rob Ford.  Once they know more about this mayoral candidate and what he stands for, the choice they make on voting day will be easy and inevitable.   Please pass the word around.  We need Rob Ford more than he needs us.
Posted by MariaS at 12:00