Sarah Palin wallops hard as only she can 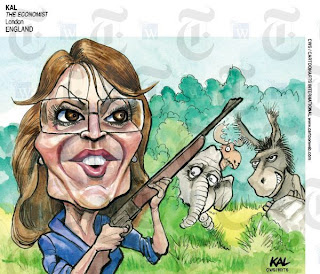 If not for patriots like Palin, Beck, Limbaugh and others, we would have had to kiss the USA a fond farewell.

From her speech at the Freedom Fest in Virginia. ....We have a President, perhaps for the very first time since the founding of our republic, who doesn’t appear to believe that America is the greatest earthly force for good the world has ever known.

I think this statement speaks volumes about his world view. He sees nothing unique in the American experience? Really? Our founding, and our founding mothers and fathers? Really? And our history over the past two and half centuries?