Qatar, Saudi Arabia, UAE, Kuwait, Bahrain and the rest of the Sunni nations have got to where they are today as a result of the West sending them shiploads of money in exchange for their oil.  Did the West think that after the oil supplies dry out the Arabs would be reduced to the state they used to be in before they became billionaires?  What does it say about countries that would rather buy oil from the dictatorial Arab countries while turning their own cities into wastelands because they refuse to drill for oil on their own land?

The vid of Detriot is from over a year ago.  Imagine how much worse it must have gotten today. The decline of Detroit  is a perfect example of  how Labor Unions can destroy everything they touch when they have the government they have brought to power in their back pocket.

The first pic is what the Qataris are building for the 2022 world cup. Go here to see more of the stadium plans. 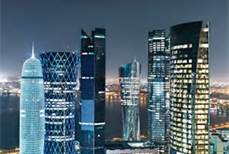 
And now look at the the pics below  of  the dead city of Detriot.  This mess is American-made. 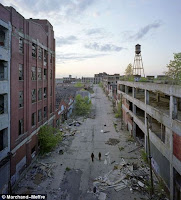 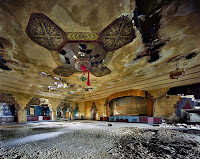