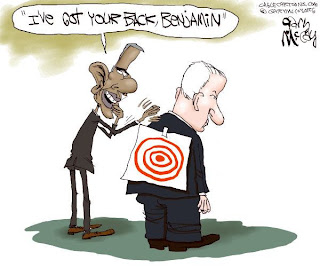 Why is US President Barack Obama coming to Israel today?   In 2008, then president George W. Bush came to celebrate Israel’s 60th Independence Day, and to reject Israeli requests for assistance in destroying Iran’s nuclear installations.

It is possible that Obama is coming here in order to build up pro-Israel bonafides. But why would he bother? Obama won his reelection bid with the support of the overwhelming majority of American Jews. Their support vindicated his hostility toward Israel in his first term. He has nothing to prove. 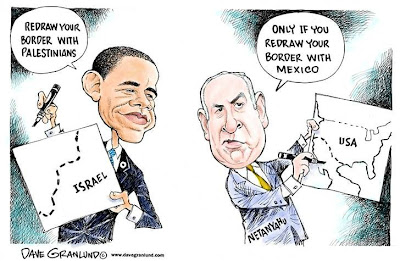 It is worth comparing Obama’s visit to Israel at the start of his second term of office, with his visit to Cairo at the outset of his first term in office.

Ahead of that trip, the new administration promised that the visit, and particularly Obama’s “Address to the Muslim World,” would serve as a starting point for a new US policy in the Middle East. And Obama lived up to expectations.

In speaking to the “Muslim World,” Obama signaled that the US now supported pan-Islamists at the expense of US allies and Arab nationalist leaders, first and foremost then Egyptian president Hosni Mubarak. Moreover, in castigating Israel for its so-called “settlements”; channeling Iranian President Mahmoud Ahmadinejad by intimating that Israel exists because of the Holocaust; and failing to travel from Cairo to Jerusalem, preferring instead to visit a Nazi death camp in Germany, Obama signaled that he was downgrading US ties with the Jewish state.

In sharp contrast to the high expectations the Obama White House cultivated in pre-Cairo visit statements and leaks, Obama and his advisers have downplayed the importance of his visit to Israel, signaling there will be no significant changes in Obama’s policies toward Israel or the wider Middle East.

For instance, in his interview with Israel television’s Channel 2 last week, on issue after issue, Obama made clear that there will be no departure from his first term’s policies. He will continue to speak firmly and do nothing to prevent Iran from developing the means to produce nuclear weapons.

He will not release convicted Israeli agent Jonathan Pollard from federal prison despite the fact that Pollard’s life sentence, and the 28 years he has already served in prison are grossly disproportionate to all sentences passed on and served by offenders who committed similar crimes.

As for the Palestinians, Obama repeated his fierce opposition to Jewish communities beyond the 1949 armistice lines, and his insistence that Israel must get over its justified fears regarding Palestinian intentions and withdraw from Judea and Samaria, for its own good. 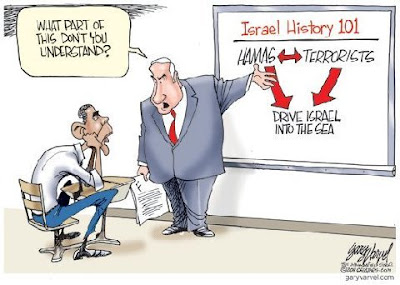 Given that all of these are positions he has held throughout his presidency, the mystery surrounding his decision to come to Israel only grows. He didn’t need to come to Israel to rehash policies we already know.

Much of the coverage of Obama’s trip has focused on symbolism. For instance, the administration decided to boycott Ariel University by not inviting its students to attend Obama’s speech to students from.............