Justin vs Justin is injustice to all Canadians


The Liberal party of Canada is a laughing stock.  To think I used to once vote for these clowns, make me now cringe in embarrassment. The only intelligent and sane person, IMO,  in the running for the Liberal leadership,  was Martha Hall-Findlay.

Rex Murphy writing at the NationalPost: 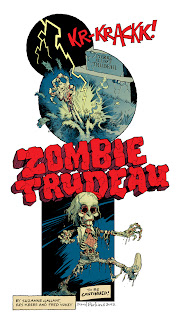 The liberal leadership   pantomime continues this week. It is one of the most curious political phenomenon of our time, a contest without friction, a competition without a real choice. This is the emptiest trial for what used to be the most prized position in Canadian party politics that we have ever seen. Mr. Trudeau is, in percentage terms, 10 times ahead of his nearest “rival,” polling among Liberals with 75% of the likely vote for leader. Joyce Murray, in second place for that same post, polls at 7.5%.

What meager drama it may claim is either odd or pointless. For example, there was a minor flare when the Trudeau team requested to delay the deciding vote while they re-attempted (we must assume they already tried) to convince the multitudes of his Twitter-horde into actually signing up to vote. His request was quickly granted. And that was it for the excitement, the suspense of the unknown.

At this stage of the “race,” there is no way, minus a rewind of the Big Bang or Mr. Trudeau filming himself chain sawing a redwood to fall on Elizabeth May’s house, for him to lose. He is the Liberal party’s only story and he knows it. The party knows it too. 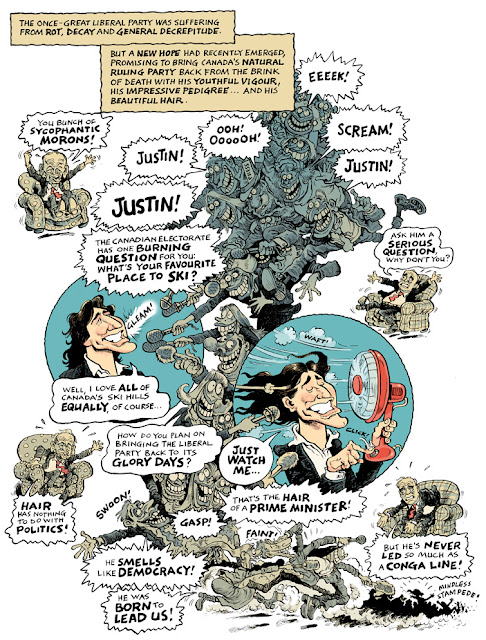 What elements of actual testing are there in this leadership contest (and I use that word as loosely as is possible)? Where’s the contest in this contest, the political manoeuvring? Where’s the suspense? We’ve had the hair restyling story, the only other thing that might have upset the applecart, so the makeover angle is exhausted. So the only question left is this hollow one: whether Justin Trudeau can get more online votes with an extra week tacked on to the charade than he would get without that week.

In other words, the Liberal leadership has been reduced to Mr. Trudeau, effectively, running against his own Twitter account, a novelty of limited fascination to even the most obsessed. He is not asking for this stall in the vote to rescue his campaign, because of some crisis, or to escape some deadly collapse in his lead. He asked for a week’s extension so that he can win by an even greater number than he would win otherwise. He is running up the score against himself, for no other reason than that he can.

Mark this. It is unique. Neither memory nor experience can supply me with a parallel where a leader with an insurmountable lead has asked for a delay in the vote to increase that lead.....