The total lunacy of the Israel Apartheid week ... March 9 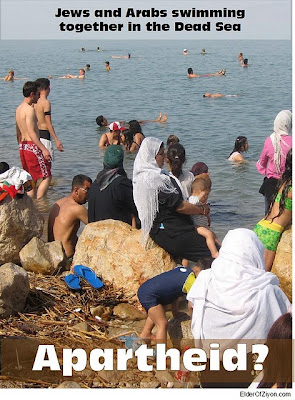 In Canada we have some dangerous kind of madness making the rounds in universities. It does not bode well for Canada's future. I sincerely hope these haters never spawn any children lest they indoctrinate the innocent with the same kind of hatred they have absorbed from their leftish professors towards Israel and the Jewish people. 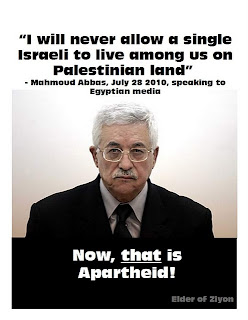 After all that university education, these nutjobs have learnt nothing of value. How can an intelligent person demonize Israel and yet condone all that has been going on in that part of the world ? It truly boggles the mind.... and in the case of self-hating Jews found in the midst of these protests against Israel .... stop thinking about that, it will only give you a migraine. The phenomenon of Jews so much against Israel that they would team up with anti-semites, is one for the books... let's just acknowledge it as such and move on....lest we blow a fuze.
Once again, Thanks to the Elder Of Ziyon for the posters above. You can view them all at the link below.

If you are against the IAW, please send the link to the "sane" people in your addressee list. The insane ones will never see things from our angle. Insanity does that to a person.... first thing to go is intellectual perception.
Posted by MariaS at 10:53