So, here it is dear Canadians ... the stuff that makes lefties self-combust much to our delight.  The Conservative party has a chess master at the helm of the country and in the wings a suitable suitor for the driver's seat wooing his way even into the commie Star.  These guys are getting to be dangerously good !!! 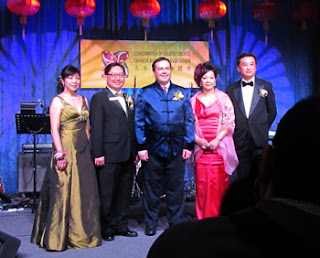 Debra Black and Nicholas Keung writing at TheStar:...Jason Kenney, " Canada’s immigration minister, sits with his eyes closed as the abbot of the Cham Shan Temple in Thornhill prepares tea for him and a group of dignitaries.
“Did you taste the tea with your teeth?” the minister is asked. Kenney says he did.
“Then you have no worries,” he is told. “You are worry-free.”

The ancient Buddhist tea ceremony was a rare quiet moment in an otherwise hectic day on the road for Kenney, who draws fawning crowds like a rising rock star, rather than a federal politician, in the country’s ethnic communities.

During a jam-packed itinerary stretching across the GTA on a recent Saturday, Kenney was mobbed by excited shoppers at the Pacific Mall in Markham, grabbed on Toronto streets by supporters for impromptu photos, cheered by hundreds at a Tibetan New Year celebration and showered with confetti at a gala dinner.

For Kenney it’s all in a day’s work. As point man for the Conservative Party with Canada’s ethnic community and as minister of immigration and multiculturalism, he has worked assiduously to gain support for both himself and the party.

He has succeeded — with some in the Chinese community describing Kenney as ‘the Justin Bieber of Canadian politics.’ They embrace him with as much enthusiasm, also referring to him as the “smiling Buddha.” 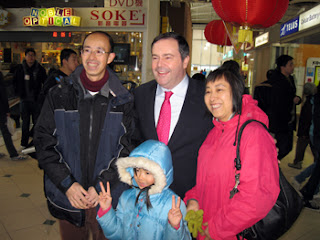 Kenney’s popularity, and the popularity of his party, didn’t come easy. The ethnic and immigrant vote has traditionally been the stronghold of the Liberal Party and to a lesser degree the NDP.
But Kenney has nurtured the ethnic communities from the ground up, sometimes spending as much as six or seven out of eight weekends meeting and listening to their concerns.

Kenney arrives at 7:53 a.m. at Toronto’s Pearson airport, ready for a four-day series of meetings and official announcements that will take him across the GTA. He emerges with his usual exuberance despite having been up until 1 a.m. after a full day of meetings in Sault Ste. Marie............