Lots of links in the article below to backup why a  ban on the wearing of the full burkha, the type  which covers the wearer's face entirely or has a slit for eyes only, should be put into effect immediately. 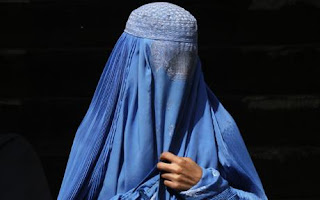 I find  people who say things like "we don't force nudists to wear clothes, do we?"  or "different people wear different clothes, what about saris?"  or "traditional dress is a part of the diversity"  to be stupid, ignorant fools.  Furthermore, women wearing saris outside of  their own sari-wearing nations, look ridiculous ... especially if they have those big fat  bellies sticking out like mountains of lard, but they at least show their faces so we can somewhat forgive them for making us look at their ugly naked midriffs.

The face covering  burkha is a mask that is  effectively used in robberies by male perpetrators for any number of crimes.  If a person wearing a mask would rightly be denied access to places which could be held up,  then why not a burkha wearing entity?????? 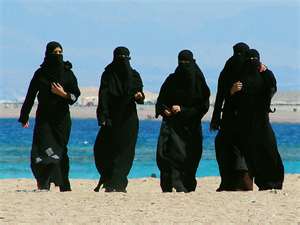 Some scoff at the idea that face-covering Islamic veils endanger public safety in any Western nation, let alone the United States, but Philadelphians do not have the luxury of blissful ignorance. As recent events highlight, their city has become the American epicenter of robberies and murders carried out by criminals disguised as fundamentalist Muslim women. Several factors help explain Philadelphia’s place at the forefront of this trend. Will other U.S. cities be next? 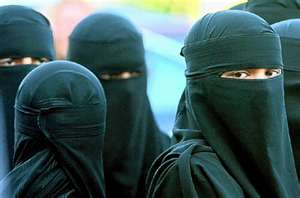 The latest wave of burqa banditry to target Philadelphia began at a branch of More Bank in the East Oak Lane neighborhood two days before Christmas. Following similar heists on January 6, March 14, March 20, and April 4, the Philadelphia Police Department and FBI issued a wanted flier for a pair of black males in “Muslim-like clothing covering their heads and bodies.” Surveillance images indicate that the outfits include face veils (niqabs) and “burqa-like robes,” to quote one news item, leaving just the eyes visible. The same Wells Fargo branch struck on April 4 was then hit again on April 13, after which Muslim groups offered $20,000 for information leading to the perpetrators. No arrests or further bank robberies have been reported. 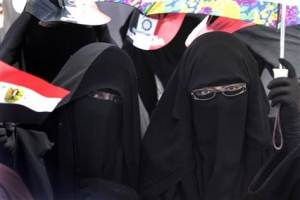 The criminal applications of this attire also were on display during an April 18 homicide at a barbershop in Upper Darby, a township bordering West Philadelphia. Police believe that a love triangle inspired Sharif Wynn to enter with a gun and demand money from the barber, Michael Turner. Wynn insists that he merely meant to scare the man, but officers say that he shot Turner intentionally at point-blank range. The police superintendent has revealed that the attacker was "dressed in Muslim female garb, was covered from head to toe. The only thing that was showing was his eyes." Authorities identified Wynn through interviews and his electronic trail. 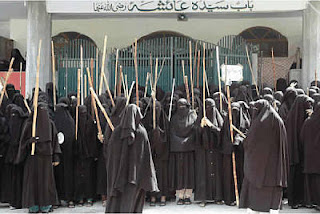 Though assembling a complete history of niqab-aided crimes is hindered by the unknown consistency of media reporting, the seven incidents outlined above appear to be the most that the Philadelphia area has suffered in any four-month period to date. However, the city earned its reputation as a burqa banditry hot spot long before this recent spike. 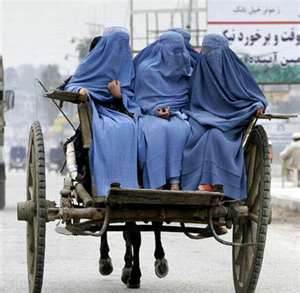 The worst episode occurred on May 3, 2008, when three Muslim men — two dressed in female Islamic apparel and face veils — held up a Bank of America branch inside a supermarket in the Port Richmond section of Philadelphia. Police Sergeant Stephen Liczbinski gave chase, only to be shot to death by robber Howard Cain, whom officers killed shortly thereafter. Cain’s accomplices were caught, convicted of murder, and sentenced to life..........