Can Canada play the game of thrones ?


Anything to do with the monarchy and Canada,  Canadians divide themselves into two very vocal groups.  I will STFU myself because the last time I said something it had upset both diehards on the Right and the Left. However,  many of the comments at the link  say many of the things I think.

New citizens would be swearing an oath to Canada rather than to the Queen had former prime minister Jean Chretien not gotten cold feet at the last minute, his former citizenship minister said Friday.

As three permanent residents and the federal government argued the issue in court, Sergio Marchi said he had been poised to scrap the pledge of allegiance to the Queen two decades ago.

"I was very much of the belief that while we're a constitutional monarchy, we should be swearing an oath of allegiance to Canada," Marchi told The Canadian Press from Geneva.

"We were very close to doing this."

Under citizenship laws, would-be Canadians must pledge to be "faithful and bear true allegiance to Queen Elizabeth the Second, Queen of Canada, her heirs and successors."

Marchi, who served as citizenship and immigration minister under Chretien from 1993 to 1995, recalled watching people's eyes "glaze over" as they recited the oath, often pledging allegiance to her "hairs" instead of heirs. 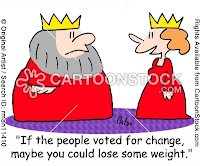 More importantly, he said, changing to a pledge of allegiance to Canada — Australia had taken similar measures — would be a forward step in the country's growth begun a decade previously with the patriation of the constitution.

Marchi took his views to the then-prime minister.

"I believe fundamentally this oath is outdated, but more than that, the amending of the oath would be another step towards Canada's full maturity and independence," Marchi said he told Chretien. 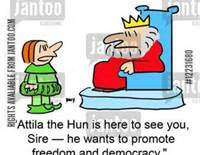 With Chretien's blessing, Marchi said he assembled a group of writers and poets in Vancouver who produced oaths to Canada he described as beautiful, simple, powerful and modern.

Marchi said he prepared a document for a cabinet committee reflecting the changes and believed the oath to Her Majesty would soon become a relic of Canadian history.