35 years ago Obama would have been Trayvon Martin .... Yup, I can see why! 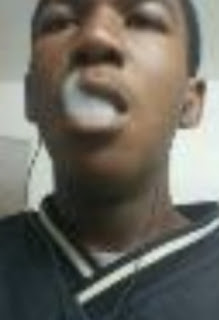 A president who knows how best to fan the flames of racism instead of putting them to rest.  This guy has a bigger chip on his shoulders than most black Americans.  Sheesh !!

From CBC:
....Obama: Trayvon Martin 'could have been me' 35 years ago.  Looking for positive lessons to draw   from the shooting death of Trayvon Martin, U.S. President Barack Obama said Friday the nation needs to do some “soul-searching,” look for ways to bolster African-American boys and examine state and local laws to see if they encourage confrontations like the one in Florida.

“Where do we take this?” Obama wondered aloud in an impromptu appearance in the White House briefing room. “How do we learn some lessons from this and move in a positive direction?”

Obama said it’s time “for all of us to some soul searching,” but he also said it’s generally not productive when politicians try to orchestrate a conversation.

The president declined to wade into the detail of legal questions about the Florida case, saying, “Once the jury’s spoken, that’s how our system works.”.....