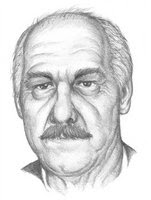 You never know.  This guy might be hiding out  here in Canada, what with so many supporters, sympathizers and apologists for terrorists in our leftish parties, such scum are made so very welcome here.  So get out there and start looking in all corners of Toronto and Montreal.  This picture is what the guy likely looks like now....sweet lovable grandfather.
The U.S. State Department announced Tuesday that it is now offering a reward of up to $5 million for a Palestinian bomb-maker suspected of once targeting commercial airliners and of aiding the Iraq insurgency.


Abu Ibrahim, whose real name is Husayn Muhammed al-Umari, stands accused of a spate of bombings in the 1980s. He was indicted in the 1982 bombing of Pan Am Flight 830 that killed a 16-year-old boy and wounded more than a dozen passengers as the plane headed to Honolulu from Tokyo
Posted by MariaS at 15:06