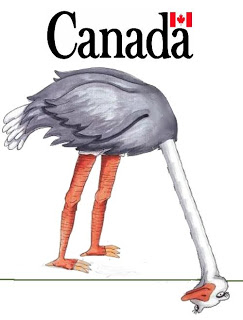 Well whaddya know!  Canadian Muslim immigrants create mayhem abroad too. Our passports are  easily acquired and we sprinkle them like confetti on all and sundry.  Come one, come all.  If you have murder and mayhem on your mind, that's ok too....but PLEASE come, we need you our dear sweet Muslim brethren.  We will throw out the Christian Roma and Christian white South Africans and the Christian Mexicans and the Christian South Americans begging to stay on in Canada, but we will make place for you.  So ... come on, come on ... our red carpet awaits your infidel-hating feet.

The thing to remember as you read this list is that Canada's population is less than 40 million of which only about 3% are  Muslim immigrants and yet we have this many Muslim names cropping up in the news on crime.  UK has almost 6% and if you are not deaf, blind or mute ... you know what's happening there.  Sweden, where all the arsonists come out in the night dancing with glee destroying private and public properties,  is supposedly  9% of their approx. 10 Million population.   Also, another thing to keep in mind is that the Muslim population tends to double within 5 years.  The future is not something to look forward to for infidels.

Are there more crimes committed by Muslim immigrants than the latest ones listed below?  YES, YES, YES.  However, many of our Police Service departments (especially in the cities of Ottawa, Edmonton  and Calgary) refrain from divulging the names of those accused or claim the media blackout is to protect the victim(s) or juvenile perpetrators.  The worst is the entire force in the Province of Quebec....it's like no crime is ever reported to the Police Services in that Province and no arrests are ever made.  We have an Utopia right here in Canada in the form of our Province of Quebec and we don't even know it!

361) ....A former student of the American University of Sharjah is being held for allegedly stabbing the college’s imam at his campus residence yesterday.
Students said the suspect had gone to the home of Diaa Al Suwaidan and that when the imam opened his door the suspect said, “Instead of talking to my father, why don’t you face me?”, then stabbed him in the shoulder.
Police swooped on the university after the attack was reported.
The suspect was apprehended when he crashed his car into a tree after a police chase, witnesses said.
He was identified as Ahmad, a Palestinian with Canadian citizenship, who used to seek spiritual guidance from the imam.... 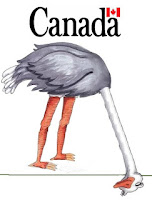 362)  ....Third suspect related to alleged VIA Rail terror plan discussed bacteria plot to kill ‘100,000 people’: documents.A third suspect in custody in connection with an alleged terrorist plot to derail a VIA Rail train near Toronto is a former Université Laval graduate student who arrived in Canada nearly three years ago but moved to the United States in March.
Ahmed Abassi, a 26-year-old Tunisian citizen, was arrested at New York’s JFK airport on April 22 — the same day the RCMP picked up Chiheb Esseghaier in Montreal and co-accused Raed Jaser in Toronto.
The U.S. case had remained sealed until Thursday, when federal prosecutors revealed that an undercover FBI officer had met with Mr. Abassi and Mr. Esseghaier, and recorded conversations in which they allegedly discussed mass casualty terror plots....
......Mr. Abassi spent fewer than three years in Canada, arriving in 2010 as a visitor but then applying for a student visa, initially to study at the Université de Sherbrooke. When rejected, he reapplied to study at the Université Laval. He received the student permit in 2012 but subsequently left Canada.
After arriving in the U.S. in mid-March, Mr. Abassi maintained “regular contact” with both Mr. Esseghaier and the undercover FBI officer, who recorded conversations in which Mr. Abassi “expressed his desire to engage in terrorist acts” against targets in the U.S. and elsewhere.......

363) ....Two more men have been charged in a gang-related weekend shooting in south Ottawa.
Samad Zeim Ali, 21, of Ottawa has been charged with attempted murder and occupying a motor vehicle with a firearm.
Abdulaziz Abdullah, 26, has been charged with occupying a motor vehicle with a firearm.
The charges stem from an April 27 shooting, when shots rang out in the Heron Rd. and Finn Ct. area shortly after 3:30 p.m.
The shooting was targeted, said police, and unfolded following a Friday night altercation.
Another man, Abdullah Al-Zafiri, 20, was charged with attempted murder earlier this week in connection with the shooting.
Police said early on that the suspects and victims were known to the guns and gangs unit.....

364) Relates to older issue but worth recalling.
An undercover source working for Canada’s spy agency and sensitive intelligence from the United States and Britain helped build the case against three terrorism suspects facing criminal charges, court documents indicate.
At least some of that information came from the U.S. Federal Bureau of Investigation and the London Metropolitan Police, says an affidavit filed by the RCMP in the Federal Court of Canada.
Other material was apparently gleaned through the secretive “Five Eyes” eavesdropping network.
The records shed new light on the investigation that led to the high-profile 2010 arrests of Misbahuddin Ahmed and Hiva Mohammad Alizadeh of Ottawa, and Khurram Syed Sher, of London, Ont...........

365) A convicted Palestinian terrorist  who once hijacked an airliner in Greece has been deported from Canada -- 26 years after he first arrived here under an alias.
Immigration Minister Jason Kenney announced Monday that Mahmoud Mohammad Issa Mohammad, 70, was deported to Lebanon on Sunday.
"He is a convicted terrorist and killer. He tried to hijack a plane, he threw grenades and fired live rounds at innocent civilians," Kenney said in Ottawa.
He added: "If you're a convicted terrorist you don't get to come to Canada because you pose a security risk."
According to a statement from Citizenship and Immigration Canada, Mohammad first joined the Popular Front for the Liberation of Palestine in 1968.That same year he and another person hijacked an Israeli aircraft in Athens, Greece, firing 83 rounds of ammunition and six grenades, and killing one passenger.........

366) The Toronto Police Service is requesting the public’s assistance locating a wanted man.
It is alleged that: − on Saturday, May 18, 2013, at approximately 2 a.m., the accused struck a 24−year old man several times in O’Keefe Lane, in the Gerrard Street/Yonge Street area. The victim was taken to hospital with serious, but non−life−threatening, injuries.
Abkar Wary, 25, of Toronto, is wanted for:
1) Attempt Murder
2) Aggravated Assault
3) Assault with a Weapon
4) Weapons Dangerous
He is described as black, 5’8”, 130 lbs., with short black hair and brown eyes.

367) It is alleged that:
− on Saturday, May 18, 2013, a 22−year−old woman was out with friends at a nightclub in the
Richmond Street West/Spadina Avenue area
−a 26−year−old man approached her in the club and struck up a conversation with her
− a short time later, the woman and her friends left the nightclub and were followed outside by
the same man and two other men who offered to drive the woman home
− one woman accepted the offer and was led away to a nearby underground parking garage
by all three men
− the woman was forcibly confined in the SUV and sexually assaulted by two of the men while
in the underground parking garage
It further alleged that:
− the woman's friends were concerned for her safety and searched the area where she was
last seen and alerted police
− police responded and located the woman
− three men were arrested a short time later
Hewad Ahmadzai, 26; Omeed Ahmadzai, 24; and Nazeef Ahmadzai, 30; all of Toronto, have
each been charged with:
1. Forcible Confinement
2. Gang Sexual Assault
Omeed Ahmadzai, 24, and Nazeef Ahmadzai, 30, were each additionally charged with:1. Sexual Assault

368) (My "sources" tell me that the last name of the accused in this case could be a Tamil Muslim name or a Tamil Hindu name.  Most of the Tamils in Canada are from Sri Lanka and a huge number of them are refugees who forced their way into the country)
On Monday, May 13, 2013,  members of the Sex Crimes Unit, Child Exploitation Section,executed a search warrant at a home in Scarborough.
It is alleged that:
− the accused was taking pictures of young girls, at local temples, in local shops and on the street
− the accused manipulated the pictures to make it appear that the young girls he had photographed were performing sexual acts
On Friday, May 17, 2013, Gowthaman Saravanapavan, 35, of Toronto was arrested and charged with:
1. Make Child Pornography
2. Possession Child Pornography

369) On Friday, May 24, 2013, police arrested a man in connection with a sexual assault investigation.
Sharyar Jaleel, 40, of Toronto, has been arrested and charged with:
1) Sexual assault
2) Breach of Recognizance (Peace Bond)

370) Oh lookee here... lo and behold, the Ottawa Police Services are actually giving us names of the accused.  Will wonders never cease.
On Sunday May 19, 2013,   at approximately 6:25 pm, three youths were playing basketball at a school situated along Lorry Greenberg Drive when they were approached by a group of four males.  The group of suspects robbed two of the youths of items they had on them and left the area.  A short time later, four suspects were located and arrested in the area by Police responding to the reported robbery.  There were no injuries stemming from the robbery(ies).
The Ottawa Police Robbery Unit has charged four suspects in relation to this incident:
*          Mussa ADEN, age 18 of Ottawa
*          Mohamed MOHAMED, age 19 of Ottawa
*          Guede AHMED-HASSAN, age 21 of Ottawa
*          Mohamed DUALE, age 19 of Ottawa
All four persons have been charged jointly with Robbery and Forcible Confinement.  Mr. Duale is also charged with an additional charge of robbery in relation to the second victim.
Mr. Aden was also charged additionally with Breach of an Undertaking