Oh Look ! Canada is viewed as the # 2 influential nation in the world, but somehow

anything good about Canada escapes the beady eyes of the vultures at The Star and the CBC.   Anything negative about Canada, the two vultures don't stop pecking at Canada's lovely eyes and trying to gobble them down their scrawny ugly necks.

From CTVNews:
...Fifty-five per cent of respondents viewed Canada's influence in the world as "mainly positive" - second only to Germany. 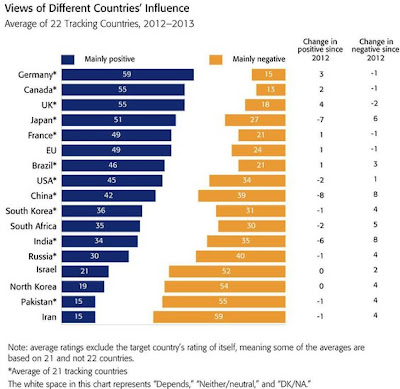 The fewest amount of respondents - only 13 per cent - thought it was "mainly negative."
Despite negative international press relating to the oilsands and seal hunt, the poll suggests Canada's reputation only seems to be improving: Canada has gone up two percentage points in the positive category since 2012.
Germany topped the list as the most favourably-viewed country, bumping down Japan, which dropped to the fourth spot in the rankings.....