Full power to the anti-Jihad fighters who are putting their lives on the line to Stop Islamization of Nations. Shame on our elected overlords in infidel governments who don't have even an iota of the courage displayed by these heroes of SION. 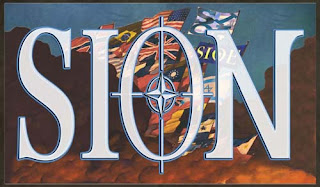 
SIOA and SIOE are the foremost organizations in America and Europe dedicated to defending human rights, religious liberty, freedom of conscience and the freedom of speech against Islamic supremacist intimidation and attempts to bring elements of Sharia to the West.

At the helm of SION as its founding President is the internationally renowned human rights activist and Executive Director of SIOA, Pamela Geller. The founder of the Stop Islamization movement worldwide, Anders Gravers, explained: "Pamela Geller was chosen for the leadership because when she took over SIOA she transformed it from a little-known group to a mass movement in the USA. Her groundbreaking work included her freedom bus ad campaign, her anti-honor killing taxi ad campaign, and most of all in her marshaling of nationwide resistance to the mosque on Ground Zero, which even the President supported. She is the right person to bring synergy into our SIO movement, and I have full confidence in her." Vice President is the acclaimed bestselling author and Islam expert, Robert Spencer. ...........