In which the ghouls from the House of Saud let off another stinkbomb, a hypenated American tries his hand at bombing foreign places and rotten potatoes gets a Canadian farmer seeing the inside of a Lebanese jail


Elementary, my dear Watson, elementary! Now 1 kidnapped Israeli soldier = 1 million dollar award   to the kidnapper after a member of the House of Saud contributes to the kitty being set up to set up the kidnap of Israeli soldiers.

I smell something rotten with this tale. New Brunswick farmer sitting in a jail in Lebanon for exporting rotten potatoes? Something is not only rotten it smells fishy too. There's a lot more to this story that we are not being told ... what else is new, eh?

Defunding the UN gains support in the USA.

Railway workers, dishonest doctors and pension frauds. The more you get the more you want. 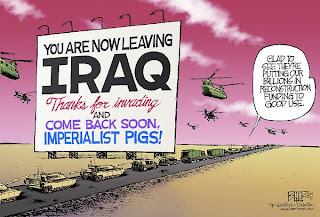 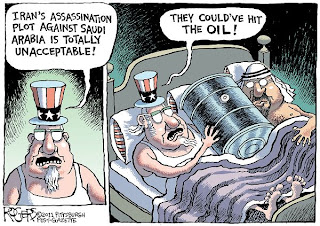 Something is happening in Iran and we are not able to  put our finger on it.  What is going on between the honcho Ayatollah nut and Amamadjacket?

A team of suicide bombers and gunmen disguised as soldiers assaulted an African Union base in the Somali capital on Saturday, sparking a two-hour gunfight that left at least 10 people dead, security officials said. The al-Qaida-linked Islamist militant group that claimed the attack said one of the bombers was Somali-American.....

Ed Driscoll writing in PJMedia has shown a new twist and a brand new positive way of looking at the OWS.