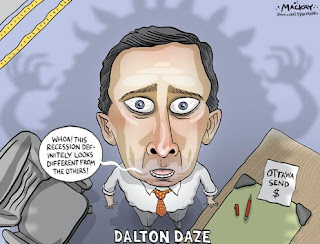 A News Release from Tim Hudak's office lays bare the eHealth care scandal. It is truly amazing that Canadians can tolerate this kind of behaviour from their elected officials. If you don't stand up to these crooks, you are liable to be either considered a coward or worse still, that you are all OK with dishonesty, thievery and outright lying. So stand up and be counted. McGuinty's reign in Ontario is fraught with shady deals and spending programs the likes of which have never before been seen in Ontario. 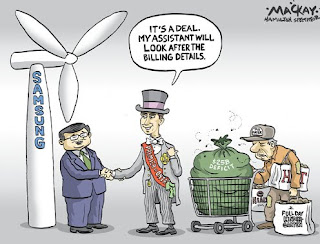 In the latest evidence that the Ministry of Health is turning into a Liberal slush fund, the Liberal appointees at Dalton McGuinty's "Local Health Integration Network" (LHIN) bureaucracies have also been caught handing out their own untendered contracts and sweetheart deals to the same Toronto Liberal friendly consultants who got rich off of eHealth.

One such bureaucracy was the Champlain LHIN, which handed out an untendered contract with the Toronto Liberal friendly Courtyard Group that paid them $59,000 for just 27 days of work. The Courtyard Group -- which includes a former provincial Liberal campaign co-chair and Dalton McGuinty's former health care advisor among their senior consultants – previously received at least $1.8 million worth of untendered contracts from eHealth.

While Toronto Liberal consultants were getting rich off local health care dollars, the health care needs of Ottawa and Nepean patients and families are being ignored. This includes the people who rely on Queensway Carleton Hospital which has recently announced that a $7.7 million deficit might result in the closure of 17 beds and 500 blocks of operating time......