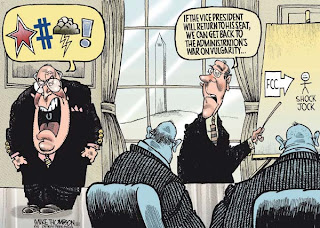 It would be a dull world without those delightful Americans.

...Amid the ongoing — and occasionally tense — debate over how to clean up California's budget mess, lawmakers are trying to tidy something else, almost as unmanageable: our language. Thursday morning, the Assembly approved a ceremonial resolution turning the first week of March into "Cuss Free Week."

With the Senate expected to follow suit next week, all Californians will be asked to bite back on four-letter words and a few choice compound phrases. WT (bleep)?, you ask. Don't sweat: Police officers won't be waiting with soap. That's not the point.   via: Matt Drudge         first week of March = cuss free
Posted by MariaS at 12:56